3) WANdisco LiveMigrator replicates the same data volumes during normal operations when other applications are running on the source cluster up to 90% faster than BDR, without impacting the performance of the applications. 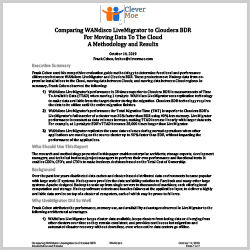 Fill out the form on the right to access this whitepaper.